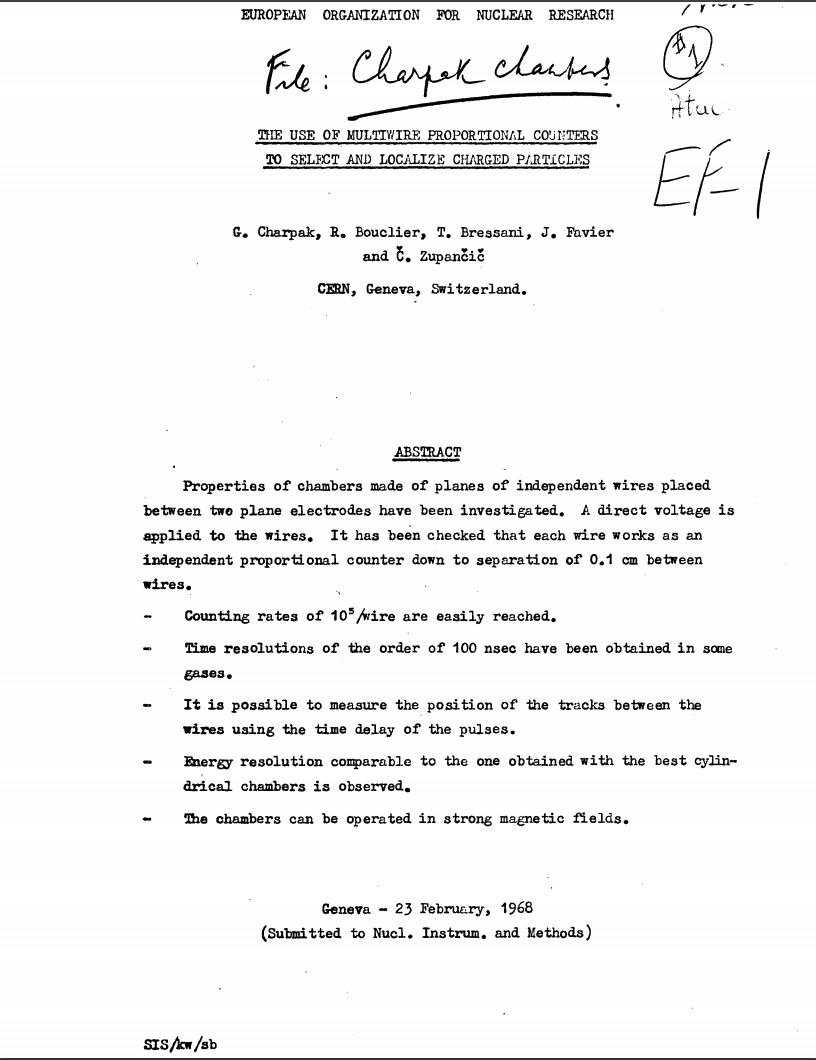 Fifty years ago today, Georges Charpak revolutionised particle detection while working at CERN when this paper, detailing the invention of a new particle detection system, was published. The new detector technique could record millions of particle tracks each second, instead of the one or two tracks captured by earlier methods. The first multiwire proportional chamber was born.

Abstract (Elsevier)
Properties of chambers made of planes of independent wires placed between two plane electrodes have been investigated. A direct voltage is applied to the wires. It has been checked that each wire works as an independent proportional counter down to separations of 0.1 cm between wires.