Two teams of high-school students from the Liceo Scientifico Statale “A. Scacchi” (Bari, Italy) and the Escuela Nacional Preparatoria “Plantel 2” (Mexico City, Mexico) have won the 2021 edition of the Beamline for Schools competition 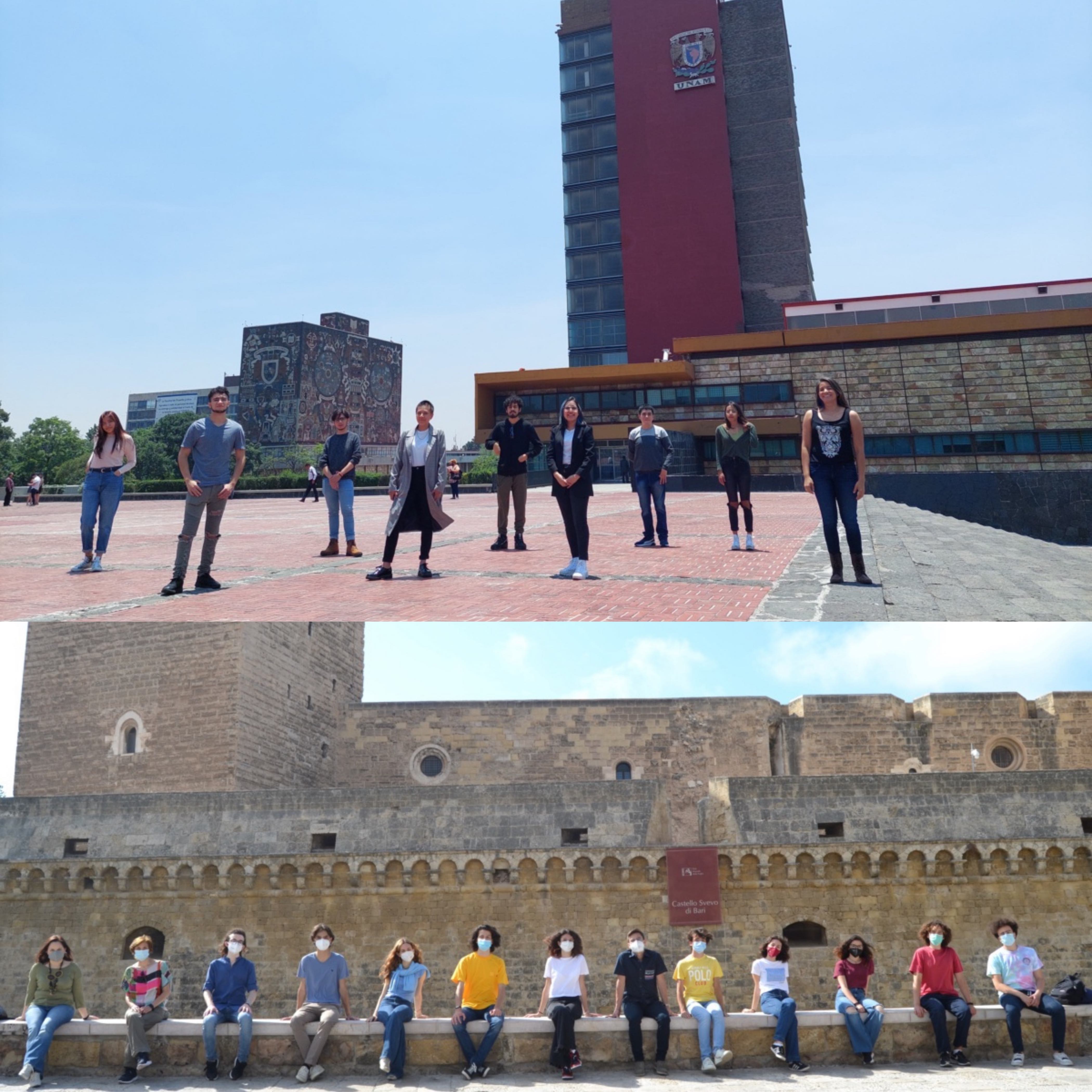 Geneva and Hamburg, 23 June 2021. Two teams of high-school students from the Liceo Scientifico Statale “A. Scacchi” (Bari, Italy) and from the Escuela Nacional Preparatoria “Plantel 2” (Mexico City, Mexico) have won the prestigious CERN Beamline for Schools competition. The prize this year is a trip to the DESY research centre in Hamburg, Germany, in autumn 2021, to carry out their proposed experiments with the support of scientists from CERN and DESY.

Beamline for Schools (BL4S) is a global physics competition for high-school students. Teams are invited to submit a proposal for an experiment that uses a beamline. Beamlines, operated at laboratories like CERN and DESY, provide fluxes of subatomic particles that can be used for diverse scientific experiments in different disciplines. During the second Long Shutdown of CERN’s accelerators for maintenance and upgrades, the partnership with DESY allowed the competition to continue. After the success of the 2019 and 2020 editions, the German laboratory will host the winning teams again in September 2021.

“DESY is very pleased to welcome the Beamline for Schools competition,” says Ties Behnke, DESY’s Director in charge of Particle Physics. “The initiative clearly shows how attractive fundamental research can be to young people. I am very much looking forward to welcoming the winning teams to DESY this autumn, and to observe the experiments take shape.”

Since the competition was launched in 2014, more than 12 000 students from 91 countries have participated. This year, despite the difficulties faced by schools during the COVID-19 pandemic, a record number of 289 teams representing 57 countries submitted a proposal. From the applicants, 26 teams from 22 countries were shortlisted, eight teams from eight countries were selected for a Special Mention, and one team, representing India and Sweden, was awarded for the most creative video proposal. “Some of the winners of the first editions of BL4S have come back to CERN as members of the experimental collaborations after their studies,” says Margherita Boselli, BL4S project manager. “We hope that we can continue contributing to training the next generation of scientists.”

“I am impressed by the number of participants this year,” says Joachim Mnich, Director for Research and Computing at CERN. “The students’ increasing interest in the competition over the past editions clearly shows that it is getting more and more attractive every year.”

The experiments proposed by the winners of the eighth edition show the deep understanding that high-school students can have of modern particle physics. The Italian team “EXTRA” proposes to investigate the transition radiation effect, where X-ray photons are produced when a beam of high-energy electrons crosses the interface between materials with different optical properties. To study this phenomenon, the students will need to find a smart way to discriminate the signals produced by the particles in the beam from those produced by the X-ray photons.

“Thanks to BL4S, we are involved in a real research experiment that taught us the value of everyone’s contribution to a common project and gave us a purpose during the pandemic,” state Domenico Soriano and Vittorio Zupo from the EXTRA team in their proposal. “We are grateful and honoured for this opportunity.”

The experiment proposed by the Mexican team “Teomiztli” focuses on Cherenkov radiation: the production of electromagnetic radiation when high-energy particles travel through certain materials. The goal of the Teomiztli team is to compare the production of Cherenkov radiation in different materials and contribute to applying this phenomenon in the development of particle detectors.

“Winning the first prize is a great achievement because it will help us promote science in Mexico and help younger people get interested in particle physics and science in general,” says Ilse Buendía from the Teomiztli team.

Beamline for Schools is an education and outreach project funded by the CERN & Society Foundation and supported by individual donors, foundations and private enterprises. The eighth edition is partly supported by the Wilhelm and Else Heraeus Foundation, with additional contributions from the Arconic Foundation, the Amgen Switzerland, and the Ernest Solvay Fund, managed by the King Baudouin Foundation.

“What makes BL4S special among student competitions is that the students carry out their own research projects at a research institute such as CERN or DESY. This undoubtedly leads to greater motivation towards scientific careers and a sustained interest in physics and, therefore, the initiative perfectly fits our goals as a foundation,” says Dr Stefan Jorda, Managing Director of the Wilhelm und Else Heraeus Foundation.

About the CERN & Society Foundation:

The CERN & Society Foundation is a charitable foundation established by CERN to fund a programme of projects. These projects, in the areas of education and outreach, innovation and knowledge exchange, and culture and creativity, are inspired or enabled by CERN, but lie outside of its specific research mandate. The Foundation seeks the support of individuals, trusts, foundations and commercial companies to help make these projects happen, and spread the CERN spirit of scientific curiosity for the inspiration and benefit of society.

DESY is one of the world’s leading particle accelerator centres. Researchers use the large scale facilities at DESY to explore the microcosm in all its variety – ranging from the interaction of tiny elementary particles to the behaviour of innovative nanomaterials, the vital processes that take place between biomolecules and the great mysteries of the universe. The accelerators and detectors that DESY develops and builds at its locations in Hamburg and Zeuthen are unique research tools. DESY is a member of the Helmholtz Association, and receives its funding from the German Federal Ministry of Education and Research (BMBF) (90 per cent) and the German federal states of Hamburg and Brandenburg (10 per cent).

Register now for Beamline for Schools 2022

Beamline for Schools: Inspiring the next gene...

Registration is open for Beamline for Schools...