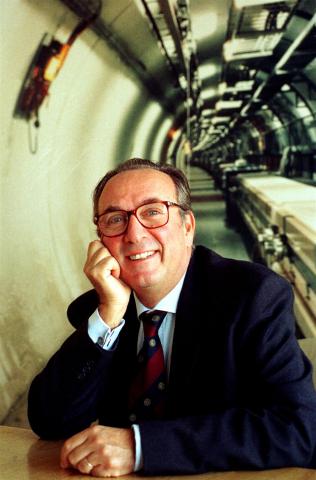 Prof. Luciano Maiani (IT), next President of Council.

Geneva, 26 September 1996. The delegates of the CERN1 Council, the body which decides on the scientific programme and financial resources of the Organisation, elected Prof. Luciano Maiani (IT) as the next President of Council.

Prof. Maiani was elected for a period of one year and will take office as from 1 January 1997, replacing Prof. Hubert Curien (FR) who will have completed his 3 year mandate.

Prof. Maiani is a distinguished theoretical physicist. Gaining his first qualifications in Rome, he subsequently worked at the Universities of Florence and Harvard. He was made professor of Theoretical Physics at the University of Rome, "La Sapienza" in 1984 and since 1993 has been the President of the Istituto Nazionale di Fisica Nucleare (INFN).

Prof. Maiani has an excellent knowledge of CERN as a laboratory, and also of its governing bodies. He spent two periods of one year as a visiting Professor in the CERN Theory Division and has been a member of the Scientific Policy Committee and the Large Hadron Collider Committee. Since 1993 he has been Italy's delegate at the CERN Council. Please see below for a full curriculum vitae.

Formerly a member of