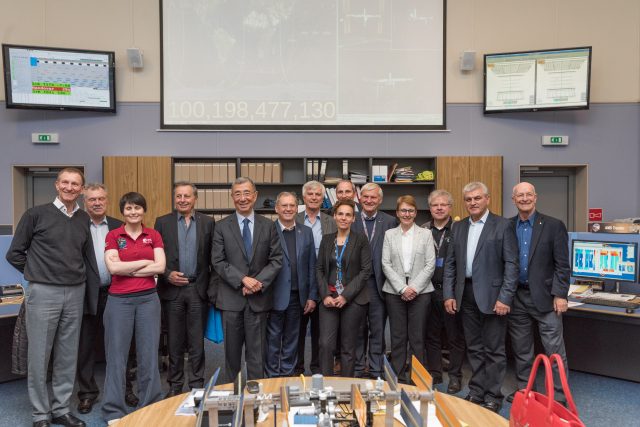 Invited by Professor Claude Nicollier and Professor Samuel Ting, the group enjoyed a guided tour around CERN. One of the key points they visited was the Data Centre, where Helen Sharman, Claude Nicollier and Samantha Cristoforetti took part in a live broadcast. During the interview the three astronauts shared what it is like to be in the International Space Station (ISS) and answered the audience’s questions left in the comment section.

Next, the astronauts visited the Payload Operations Control Centre (POCC) of the Alpha Magnetic Spectrometer (AMS-02). The AMS is a particle-physics detector assembled at CERN, that looks for dark matter, antimatter and missing matter from a module attached to the outside of the ISS.

On the same day the ISS had its milestone 200th spacewalk, during which a new connector was installed on the AMS to prepare it for a new cooling system next year. Find out more about this operation here.

From CERN to space: staff member selected to ...

A superconducting shield for astronauts