From CERN to space - and back 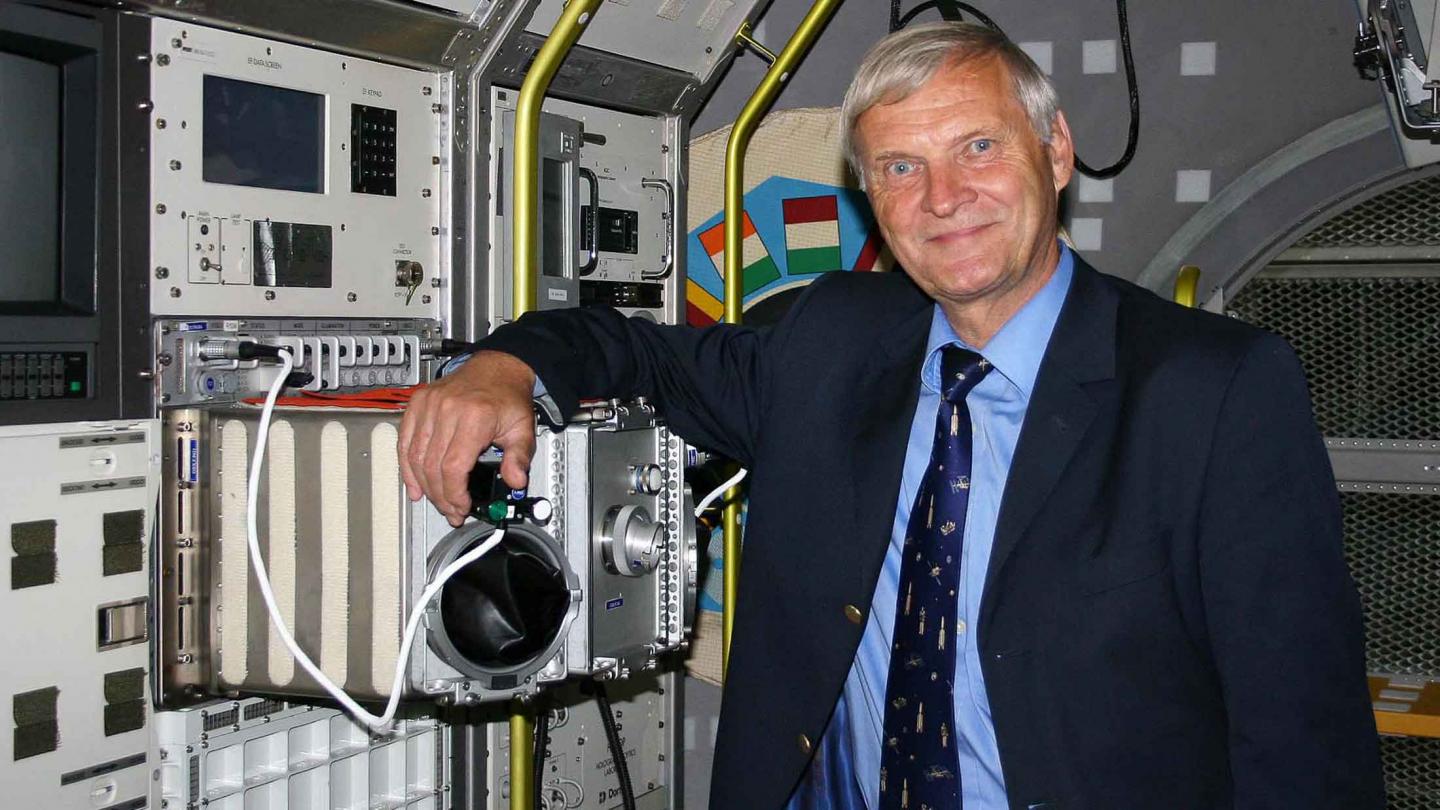 At the end of May, 40 years after he worked as a fellow on the Intersecting Storage Rings (ISR), former astronaut Ernst Messerschmid gave a seminar at CERN. His experience in the laboratory’s international environment was an important factor in the process that led to his becoming one of the first Germans in space.

Ernst Messerschmid first arrived at CERN as a summer student in 1970, just as preparations were being made for the start-up of the ISR, and he soon returned as a fellow. His diploma thesis and PhD thesis were both based on his work at the ISR. All seemed set for a career in accelerator physics, but in 1977, while deciding on his future, Ernst spotted an advert in the newspaper Die Zeit: "Astronauts wanted". “There were five boxes that needed to be ticked,” he says. “Scientific training, good health, psychological stability, language skills and experience in an international environment. Thanks to my time at CERN I was able to tick them all.”

Out of some 7000 applicants in ESA’s first astronaut selection campaign, he was among five in Germany of whom three were later chosen for training and for spaceflight missions. In 1978 he went to work at the German Aerospace Test and Research Institute for Aviation and Space Flight (DFVLR). He finally went into space in 1985, as a payload specialist on the first German Spacelab mission, D1, on board the space shuttle Challenger.

Ernst and his colleagues performed more than 70 experiments, which were the first series, he says, to take full advantage of the “weightless” conditions. They covered a range of topics in physical, engineering and life science disciplines. It was the experiments – rather than the launch and the distance from the Earth – that proved the most stressful. “There were 100 or so professors and some 200 students relying on the data we were collecting,” says Messerschmid. “We worked 15 to 18 hours a day. There was not much time to look out of the window!”

After his space flight, Ernst moved to the University of Stuttgart and went on to become head of the European Astronaut Centre in Cologne from 2000 to 2004. There he was involved in training Christer Fuglesang, another CERN fellow who became an astronaut and has since flown twice on board a space shuttle to the International Space Station.

Ernst continues to teach astronautics and, as in the colloquium at CERN, to spread the word about the value of space flights for knowledge and innovation. “We fly on a mission,” he says, “and afterwards, as professors, we become 'missionaries’ - ambassadors for science and innovation.”

Spacewalk for AMS: Watch live with CERN and E...