How universal is (lepton) universality? 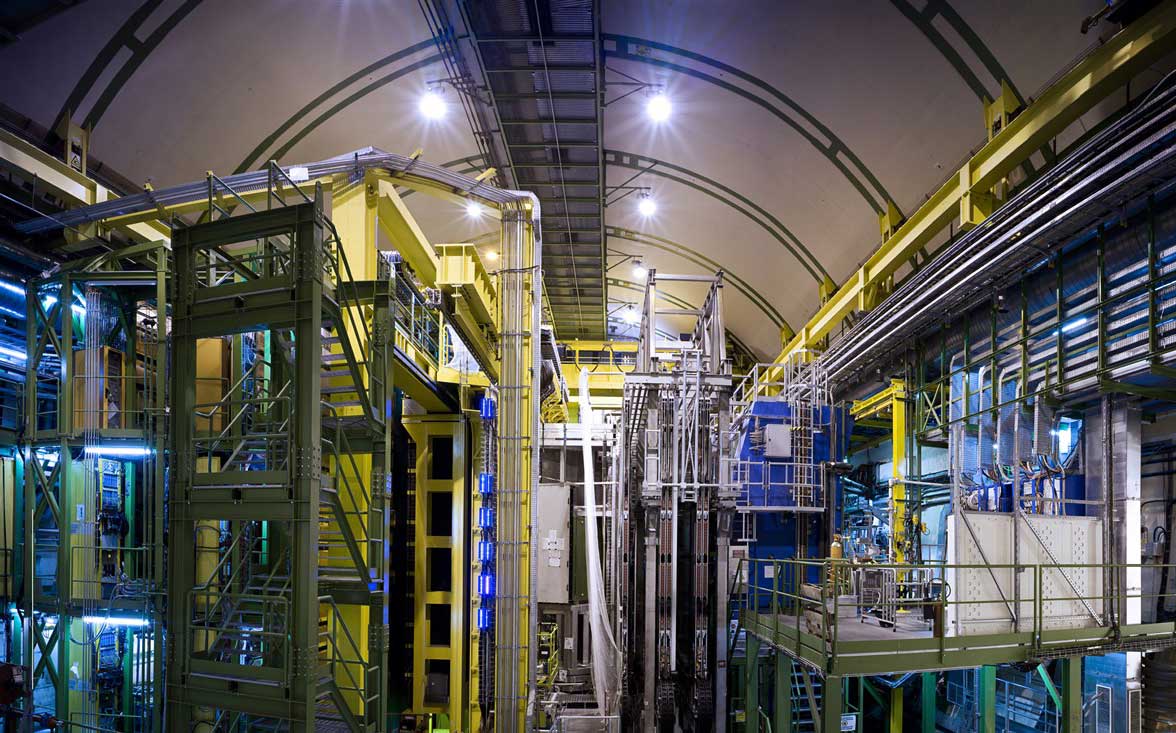 The LHCb detector in its underground cavern at CERN (Image: CERN)

Just as a picture can be worth a thousand words, so the rarest processes at the Large Hadron Collider (LHC) can sometimes have the most to tell us. By isolating and counting decays of B+ mesons to a kaon and two leptons, the LHCb experiment has tested a key assumption of the Standard Model – lepton universality, the idea that electrons, muons and tau leptons should behave in the same way, and be produced equally often in weak decays. In a presentation given at this week’s Large Hadron Collider Physics conference, LHCb results reveal the first hints of a difference.

According to the Standard Model, a B+ meson should decay to a kaon, electron and positron as often as it decays to a kaon, muon and antimuon. If a measurement of both rates shows a difference between them, it could be the first sign of something new. Rare B meson decays provide a particularly good laboratory for testing universality, as the decays proceed in a way that allows new, otherwise unseen, particles to influence the rate seen experimentally. Additional Higgs bosons, or a new, heavy version of the Z boson, could alter the relative rate of electron and muon production and be detected in this way.

If the ratio of the number of decays containing muons, to those containing electrons, is measured instead of the individual rates, many theoretical uncertainties cancel to allow a precise probe of universality. The Belle and Babar experiments have previously measured this ratio, with limited precision, and found it consistent with the Standard Model. With its precise silicon tracker and particle identification systems, and access to large datasets, LHCb is well placed to explore the B+ meson system further.

LHCb has now analysed their entire dataset of proton-proton collisions from the LHC and finds that B+ mesons decay to muons about 25% less often than they decay to electrons. As these decays only occur a couple of times in every 10 million B+ decays the measurement is still dominated by statistical error, even if it is the world’s most precise determination. The observed difference has a significance of 2.6 standard deviations, corresponding to a chance of one in a hundred that it is due to a statistical fluctuation. More data from the forthcoming high energy LHC run is needed to confirm if this tantalising result is indeed the first sign of something new in the universe.

An encouraging start for Run 3